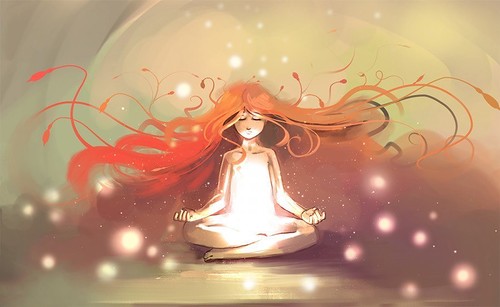 Deformity corrections of human body with the help of hologram method

1997 I was in Vinnitsa, where I worked by the invitation of a serious organization. I had meetings with the patients.

That evening can not be forgotten. I was in a hotel, and suddenly felt a powerful stream of energy rising from the ground and a stream of pure cosmic energy penetrating from above. With the energy of Cosmos, I had already worked as a healer at that time for more than 7 years. Even icons in my office gave the myrrh. Lots of cured patients and lots of various problems solved. But this evening two streams of energy - terrestrial and cosmic – merged in me. Because of it, my body began to transform. I could change my stature and generally carry out various metamorphoses with the body. The next day I had two patients - a mother and a daughter. Daughter really wanted to grow up. In the session, she began to stretch and grew up to 4 cm. Mom also wanted to grow up and the same thing happened to her.

And then inexplicable began to happen. People came to me with various defects of the stature - scoliosis, rickety and crooked legs, with the consequences of trauma, with twisted fingers or an ugly nose - and during the sessions they got what they wanted - flat legs, an improved form of the back, beautiful noses, lordosis and scoliosis (1-2 stage) were eliminated, and more complicated stages were corrected. Even women's breasts became bigger — just grew up to the needed size. I improved the shape of the cheekbones, changed the shape of the face, eliminated bruises under the eyes, etc. Lame people ceased to limp, girls, who wanted to have longer legs, after the several sessions got their legs lengthened by several centimeters — and none of a scientist could explain to me — why?

I found the answer to this question few years later in the book “The Holographic Universe”. The author is the American physicist Michael Talbot. It was this book that gave me an insight from the new physics point of view what is happening.

All information about us is in the noosphere - as about each of us, and also as about a person who is a representative of a particular race. Each race has its own ideal of beauty. At the matrix level, the human consciousness is projected and deeply encoded in his subconscious. Of course, there are general principles of body proportions, defined by Leonard da Vinci, but the main thing is the ideal preservation of each type for each particular race.

The latest achievements of science in quantum physics confirm the wave nature of space. Professor of Yale University Pribram and professor of the Bristol University Bohm consider the topic of holographic scheme of the brain functioning in their scientific works. They were the ones who proposed the theory of the holographic Universe.

What is a hologram? This is a three-dimensional image of the object. And if the holographic photo of an apple is cut into pieces, then each part will contain an image of a whole apple.

According to the theory of Bohm and Pribram, we get a radically new understanding of the world. Our brain mathematically constructs objective reality by processing the frequencies that come from another dimension, a deeper way of existence. The brain is a hologram – small model of a holographic universe.

When I got acquainted with this theory, I received an answer to my question: what is the nature of the phenomenon during my sessions?

In the noosphere, there is a source of deep radiation which is constantly sent to Earth. Recycling this radiation, the brain creates a holographic design of the figure of the “ideal person” - flat legs, correct posture, no cracks in the bones. Deformations disappear precisely in a holographic structure. But in front of me there is a person in whose energetic field they exist. And here what happens would have been called the “miracle” - the hologram of the “ideal person” seems to be put on the patient’s body and he stays in it like in a spacesuit. Depending on the sensitivity of a patient, he can feel the process during a session. Some people with extraordinary abilities even see the bluish glow of a hologram. One woman with a weight problems just asked: “ There’s such a such a beautiful, slim stature here next to me, did I really fit into it?” But you don’t need to “fit” anywhere. The hologram remains around the person for quite a long time, and person’s stature adapts to it. Such holograms are quite stable, but they can be dispersed under the influence of powerful electromagnetic radiation from modern technology. Therefore, I try to achieve the necessary results during the sessions.

In conclusion, I want to add the following: this methodic already existed on Earth in one of the civilizations that had passed away - in times of Atlantis civilization. There was a circle of specially trained people who swore an oath that this knowledge would never be used to harm people. The consequences of breaking this oath were unpredictable. After all, enormous power was given to those who had that knowledge. And God forbid use this knowledge in a way to harm somebody.

In the combination of the mighty streams of the Earth energy and Cosmic energy a new personality is born - perfect physically and developed spiritually.

Later this knowledge was lost. However, this information is stored in the noosphere. In my case, the awakened matrix memory got worked. In one of the reincarnations, I had a direct relationship to those who worked in this practice.

The latest scientific studies have provided a theoretical basis for practical research. I hope that someday new carriers of an ancient knowledge will appear.