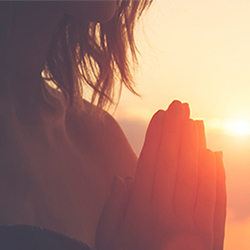 I cannot find the words to express you an infinite feeling of gratitude. Probably, you no longer remember the incident that occurred in our family, but for us it was a terrible test.

My husband left the car for a few minutes near the house. And when he came back, the door was opened and the purse with all the documents, money and bank cards disappeared from the back seat. We live in a small town and we all know each other on the street. We thought that it might do one our neighbor, man who was often drunk. We went to the police and they began their investigation.

When I found your number, I decided to call and find out what you think about this. You said that the man we thought about was innocent, but we need to look for the loss in the house at the end of the street, opposite to the well. You said that the house is clean, tidy and good people live in it. But the son of a young man was seduced by a purse and also you suggested: if I go there immediately, I will receive everything safe and sound - the money has not been spent yet.

I immediately ran there, because these are my neighbors and I know them well. The boy's mother was at home, and he was nearby. She was terrified when I told everything and ordered him to give everything immediately if he took it. The guy gave me a purse with documents and money.

Thanks a lot! Without you, an innocent person could have suffered, and we would never have found anything.